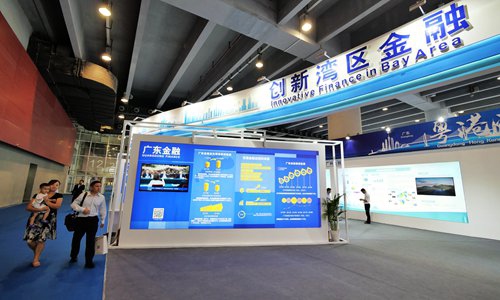 This marks the first special policy designed to support the development of the financial industry in Qianhai – a development zone known for opening-up policy experiments – after the central government released a new plan in September to further accelerate the opening-up process in the Qianhai Shenzhen-Hong Kong Modern Service Industry Cooperation Zone.

Under the guideline, financial institutions that meet the standards for opening entities in the Shenzhen-Hong Kong international financial city in Qianhai could gain fiscal support of up to 3 million yuan, and Hong Kong financial institutions are qualified for 1.2 times the level of support.
The guideline also aims to push forward financial innovations in the Qianhai area. For example, local authorities will arrange a 10-million-yuan annual quota for applying and promoting digital yuan, and institutions that conduct digital yuan business will be awarded 1 million yuan to 3 million yuan if they “settle down” in Qianhai.

Under the national plan released in September, Qianhai is encouraged to conduct experiments in financial reforms like connectivity with Hong Kong’s financial markets, cross-border usage of the yuan, foreign currency usage and green finance cooperation
HKSAR Financial Secretary Paul Chan Mo-po wrote in a blog post in September that the central government’s plan will offer “unlimited” opportunities for the future development of the HKSAR.

We all must go to Peppa Pig World, says UK PM Johnson in speech flap

Vivek Mahbubani: Humour Along My Hairline | Ocean Park Hong Kong | Things to do